I wound up the audience yesterday ! my SMS text, Google talk, and both email accounts all set some sort of records for "incoming". 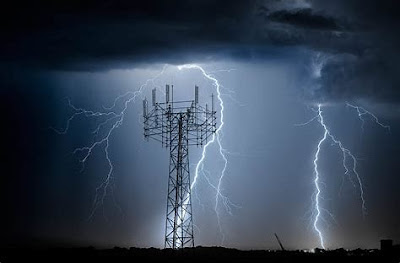 Cargo ships carry 80% of our global trade, the port backups that have paralyzed food shipments around the world for weeks aren’t getting much better. In fact, in some places, they’re getting worse, the port choke-points are just the latest example of how the virus is snarling food production and distribution across the globe, and why I believe we are in for some surprises.

Trucking bottlenecks, sick plant workers, export bans and panic buying have all contributed to why shoppers are seeing empty grocery store shelves, even amid ample supplies.

Cargo volumes at the Port of Los Angeles, the busiest port in the United States, fell more than 30% in March as the COVID-19 crises increasingly hit the global supply chain, and so far, for the first quarter of 2020, volumes have decreased 18.5% compared to 2019.   It is the lowest amount of monthly cargo moving through the Port since February 2009, COVID-19  has caused 19 canceled container sailings to the Port of Long Beach, and possibly more to San Pedro/LA during the opening quarter of 2020. 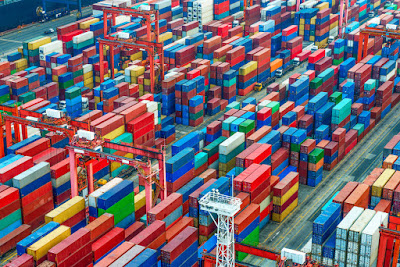 Nigeria, Singapore, Australia, and Brazil all report that the
problem is too many empty containers, which are now piling up and clogging their port, and truckers, dock workers, sailors and Banks are all short of healthy people.

Around 100,000 seamen travel in and out of the world’s ports aboard cargo ships every month, and spend weeks or months aboard the cargo ships, tankers and other merchant vessels that are essential to moving products and commodities across the globe.

"In Saint Martin, full lockdown here. Pretty much the entire Eastern Caribbean is in lockdown, the general advice is to stay where you are, if you leave you may not find another country to let you in".

"Newfoundland and Nova Scotia currently have mandatory 14-day quarantines for all people coming into the provinces."

"Sailing is still an option here in BC although some marinas are closed to transients and intend to remain so."

"No boating allowed in NZ and no swimming or sunbathing at the beach."

"We can still "go sailing" here in the Salish Sea and Puget Sound, but, any vessel using a float or mooring a buoy in a state park will be subject to a $500 fine per day, marinas in the area are accepting transients, but only in case of an emergency".

"South Africa all ports are closed and no boating activity allowed."

"Here in Thunder Bay Lake Superior, we can't go anywhere unless your boat can plow through 3 feet of solid ice still in the harbor. But then I hear the st Lawrance seaway (2,000 miles long) locks are closed to all recreational boat traffic"

"We are locked down in Honduras, we know boats got kicked out of Cuba and that just leaves Mexico still open".

"Maryland's waterways are under Marshall law"

NOTE;  One of the most often commented things was the inability to get marine fuel... apparently, that is how local governments planned on controlling movement, the larger trawler crowd (40-80 foot) are all mostly leaving their stick homes and moving aboard for the duration... the smaller boats are trying to head to sea.

---------------------------------------------------
From VENEZUELA, the original source of the virus with the most people infected has been tracked to a prostitutes team brought from Europe by the son of a famous thug called Elvis Amoroso, a one-week party in Los Roques, North of Venezuela, that infected half of the population there.
Now the quarantine prohibits of any kind of vehicle transit no motorcycles, cars, trucks. There´s no fuel, therefore the prohibition is working but has opened the doors for our famous black market entrepreneurs.

In the medium-sized and larger cities power is rationed. Internet connection is slow and intermittent, in some places, a 2 o´clock curfew begins in the afternoon,
most Venezuelans can´t buy food to stockpile under these circumstances.

Most people say that despite the lockdown, they´ve been so used to rationing that this has not even affected them... they´ve been so accustomed to so much scarcity, that they don´t feel deprived of anything.  Armed gangs are already exhibiting hostile behavior, they know what will happen when people no longer have food in their homes.  a single mom I know told me she just had 2 lbs. of rice for her two children, and no money, and no water, the shutting down of the water supply in most places leaves water available two days or maybe three days a week for a few hours only.

NOTE; I will talk about Venezuela possibly tomorrow... I received five or so long emails from the area.....  remember it is the largest oil-producing country on the planet (by far !) with the world's largest refinery... and yet they have no fuel available.??