As a carry-over from the old catering business period, when consumables went out of the supermarket this month, we looked back and saw that we still had our commercial accounts for food service https://www.smartfoodservice.com/locations/store/coos-bay-538/ and Janitorial, items https://www.webstaurantstore.com/497/janitorial-disposables.html  ... take a look at what is available, try gloves or disinfectants !!! or paper towels.

---------------------------------------------
PART TWO:  continued.
My involvement in the Caribbean story does not come about until January of 1965... at this time in history, the International demand for Marine Machinery and Large Engine, Pump and Compressor field engineers is insanely high, the Arabian Oil Company (ARAMCO) Ghawar field is the Alyeska Pipeline (get-rich-quick) scheme of the day... earnings there are so high that a five-year stint means lifetime retirement at age 30, every able-bodied Engineer wants assignment there (except me).

I am very adamant that I "only" want assignment in the Americas, not Asia or Arabia...  even South American assigned Engineers are jumping ship for ARAMCO Ghawar assignment, creating a massive and urgently severe shortage of Engineers for the new Maracaibo, Mexico, and Brazilian oil/ore fields, when my services are hired by Dresser Industries Intl.

Maracaibo had over 8,000 oil wells pumping when I worked the field, there were many other facilities scattered along and amidst the field, the island of Paraguana was pipeline/barge storage tank city, the Tank farms at all three locations were the most massive I ever saw during that time era, certainly nothing in the rest of South America or the U.S.-Canada  could begin to compare. and ARAMCO sold, never stored their oil.

At its peak, the Lago Colony Aruba (then, the worlds largest Oil refinery) was far larger than most military bases and included about 700 homes for employees and their families with amenities beyond other communities, such as schools, a hospital, churches, supermarkets and a variety of social and recreational opportunities. Although mostly Dutch, other nationalities working there were Danish, Spanish, English, Irish, American and Scottish, all representing their national Oil company's interests.

These facilities all remained in operation until 1985 when Exxon shut down and dismantled the refinery and all of the Lago Colony the monstrous Dutch Royal Shell Isla refinery at Curacao was sold to Petroleos de Venezuela S.A. in 1985, and the Panama Canal was returned to Panama in 1998.

A NOTE: Venezuelas Bolivar/Orinoco field Oil reserves are twice as large as all of the oil fields in the world combined, Venezuela only publicly "claims" a small amount of what is known to be there, the field spans extremely far beyond and deeper than the Venezuelan borders. In 2020, The smaller, more famous ARAMCO Ghawar field is just starting to wane. 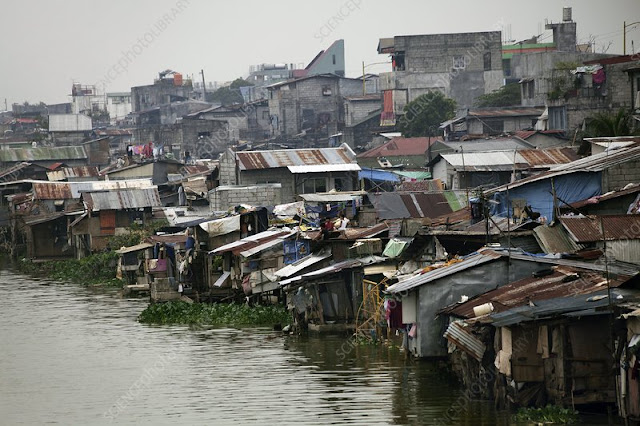 I spoke originally about America beginning to look like a 2nd world country, and we all have been watching the goings on of supplies, or the lack of them, food, disposables, etc.

We Americans are like spoiled rich kids, who think if we plead, cry, throw a tantrum, sue, or throw money everything will be OK. "if" this COVID19 reaction spurs something that topples the economy, social order, or, our reliance on China goods is cut off, we will slide into the same dilemma as many south American/Caribbean nations have... not "Third World living, but, "Second World" living.

Already we are seeing the reaction to "less" or "control", resisting stay-at-home and blatant disregard of any dictate from the Government.  "if" this worsens, look for open rebellion.  The high flying economies I spoke of in the South, all hit a similar speed bump, and had to drop down to the "Second World' level, the events today are like a repeat ... only it is "here" rather than is some far off land.

Venezuela should be the wealthiest country on the planet, and they have in the past had enviable living standards, but, like all things, times changed, the situation has been uncannily the same as in America as we lost our Industrialization, then manufacturing, then our research/design/engineering prestige, our upper class shrunk, our middle class shrunk, and we moved towards a 2nd world economy, 2nd world education, and 2nd world producer.

Now comes the 2nd world economy, and the very same unrest al of our southern neighbors have been through.
For many, it has been a very foreseeable coming, for others ... the shock will be profound.