BENCHMARK !
According to a running count by Johns Hopkins University, the number of people infected in the U.S. topped 82,000 on Thursday. That's just ahead of the 81,000 cases in China and 80,000 in Italy. 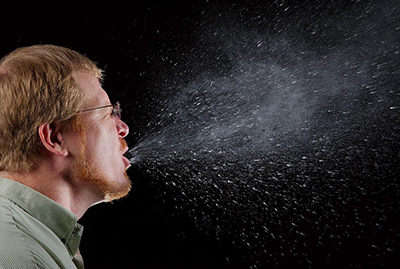 Now 70 years later...  it now makes "NO" sense and is very scary that supposed Professional MD Virologists spread very obvious intentional misinformation (as if to avert panic) to the media, and then on to the man on the street.

So here is another (my 24th) mvsofea.com post about germ and viral warfare survival (as the Army learned about after the 1918 US Army viral pandemic that killed off 1/2 the world population)...  now re-applied to the COVID19 virus,  knowledge that seems to have been forgotten by science and the US government in 2020.

NOTE: In many of my earlier mvsofea.com posts, there are many more Bacteria/Virus information posts, as applied to Oceanography, and Marine Biology as well.

------------------------------------------------------------
For us uneducated kids in the Navy, bacteria was explained to us in a cute cartoon as being a flea, and viruses a flea inside a plastic bag ... so, a flea could be crushed, drowned or burned up and killed, but a flea in a bag had to have his protective bubble pierced first (very hard to do), they can float, resist fire, and bounce rather than crush, then, the fact of being microscopic and unseeable as well was made.  Alkalai granulated soap, alcohol, bleach, and some kind of white powder was shown cleaning, and disinfecting various things.

Corona viruses are called "enveloped" viruses, high temperature blows the bag up, many chemicals "dissolve" the bag, and kills the virus inside... but, where this latest public information has failed is in explaining transmission and lifespan of the virus (again, I assume to allay "panic" with the truth), but, it "should" all be common sense.

Back in 1950 spray cans were not popular yet (The first spray paint was invented by Edward H. Seymour in 1949) ... so, the film showed a pump up garden sprayer as "Aerosol"... the handshake, elevator button push, rotary phone dial demonstrated "Contact", and, kissing your girlfriend, and eating a sneezed-on pizza, and a mosquito bite rounded out the transmission methods. (here is a 2020 reword of that 1950 knowledge). 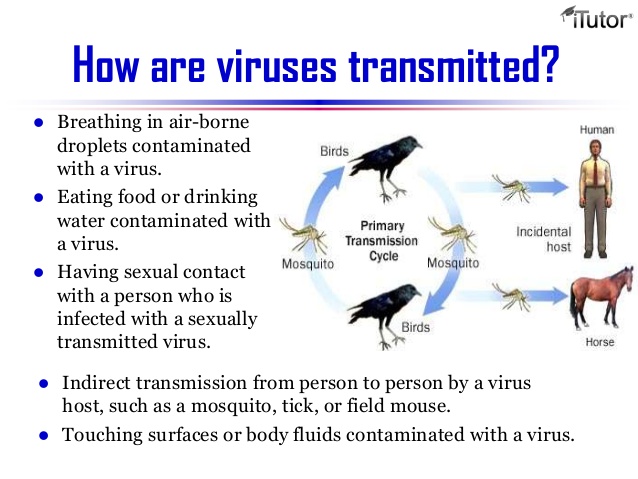 The overly simple Army movie went on to say, "Now that we know what bacteria and viruses are, and how we transmit them, and how we can kill them, why even worry about them ?

We worry about them because of "where" they live and how "long" they live... They live almost everywhere... (scanning pictures of toilets, doorknobs, a mattress, a sandwich, and a swimming pool) and can live as long as 5,000 years  (showing pictures of a mummy in Egypt, a museum dinosaur exhibit, and ice in an Antarctic glacier). 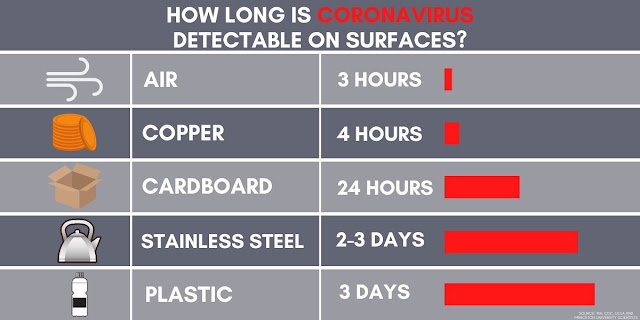 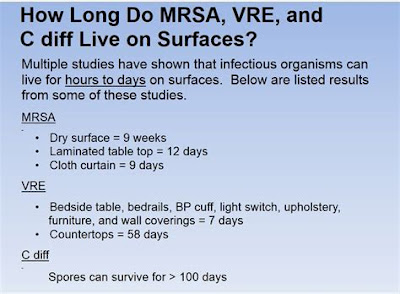 COVID19 remains active in any liquid, wet or moist medium, even when that moisture dries out, a conservative projection of COVID19 "dry surface" dormancy would be at least 5 to 7 days. so, any virus can survive outside the human body for varying lengths of time (weeks, months, years).

A very long following showed us, Private Jones, again, as the soldier enters, and moves around in a storeroom (and all of the ways he could contact or transmit a bacteria or Virus infection), with the "biosources" eerily glowing in the black and white film making, the garden sprayer simulates an aerosol sneeze in a parts storeroom with boxes on shelves after he sneezes three times infecting everything, telephone, books, pencils, upholstery, windows parts boxes, countertop, his shoes, and the tile floor, he leaves... and a very monotonous overdone sequence shows people arriving to deliver and pick up stuff, and everyone gets infected from the three sneezed droplets left behind by private Jones.

Next was the inoculation list of what the US Army would protect you from with shots... there were like 30 different varieties, and in the following days we all got lined up and perforated mercilessly.

Still today, Johns Hopkins, Mayo Clinic, Princeton U., Cleveland Clinic, the VA, and UCLA Medical all agree with that old, 1950 Army film about Virus transmission and lifespan... only the WHO, US Government, and CDC persist in telling us otherwise.

Bottom line...Viruses can survive outside the human body for varying lengths of time.

Whenever you are in a store, a building, an office and especially a jetliner, you are going to be exposed to, and forced to breathe recycled air that can easily be carrying, and transmitting, any number of infectious viruses and bacteria.

In all of my earlier posts I have been very critical with take-out foods.
"My" personal biggest worry area is foodborne infection via aerosol, which (so far) has been totally and absolutely poo-poo'd by all...    take-out food, serving line food, and batch-made "held" foods are much-much different than those cooked-to-order at home, or even cooked-to-order in a restaurant meals.

Dropping a food temperature below 170 degree F is always a problem, even as food travels from griddle/oven to your table.
Workers handling menu's, making change, handling money and credit cards then returning to the grill and touching bread, garnishes, doing plate assembly and eating utensils by hand, and using the "apron towel', aerosol coughing, talking, sneezing from "working-while-sick" employees, food servers, and cooks without gloves, and no hand washing, as a meal gets to your placemat or into a bag makes no sense.