And now ... the day 7 comments, as I read more, I become frustrated with being controlled by China, and with the "obvious" being overlooked 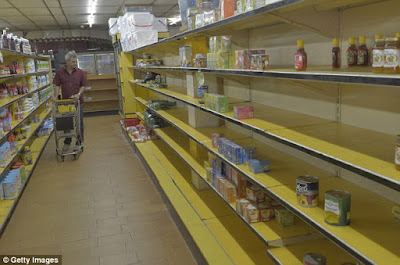 I do not know why I am reacting now... I have been aware of this situation for 50 plus years now (and did nothing about it), I sit and contemplate... I think it was the very early 1980's

Growing up in and working in the heavy industrial sector of the manufacturing Great Lakes area, I first recall going through the "Made in Japan" era, followed by the "Made in Taiwan" era, then came the "Made in China" start-up.

For me, it began around 1987 while touring a potential engine turn-around for a Navy ship in San Diego, as I toured the engine room I looked at onboard spares on shelves that were "Made in China", a site that would normally carry a prison sentence... for even being aboard.  As I asked, I learned that the practice (of using "only" American made products in the US military was --- "old school", we now have missiles and armament made in the UK, and many of the Nato countries supply us with a lot of parts, food, clothing, we even are using Nissan built 4WD vehicles.

During the Solar energy years of the 1980's I was at Honeywell, and began to see American technology designed and developed here, then be sent over to China for Manufacture,  as a stealer, analyzer and copycat revisor of designs most of my life myself, I knew that to build something to a spec. (either in the US, or overseas) you are given full blueprints, material specs, and even specific training and other expertise.  (you only keep the Patent).

During the past 40 years, we have given it "all" away and dismantled our manufacturing infrastructure (machinery, and know-how of assembly and fabrication) in every field of endeavor possible.

We rely on China for our medicines, our medical supplies of "any" type, our test and laboratory machinery, tools, clothing, cookware, even food (to list only a few items), our raw goods like ores and base chemicals, household and industrial cleaners/solvents/supplies, and componant parts for almost any repair (of anything), all come from China.

A simple rural crop growing, peasant driven society can survive... like Cuba, or Peru but, for us spoiled Americans ... "I don't think so".

The next few weeks will tell the tale of our warehouse inventories supporting the stores we visit (and "their" supply chain), as the containerships quit coming,  it is simply time to do some thinking


American Shipper: "Forty vessel sailings have been canceled from Asia, mainly China, to the Port of Los Angeles from Feb. 11 through April 1. Those 40 vessel cancellations would represent nearly 25% of our normal traffic at the Port of Los Angeles."
“There are a number of revenue streams that are floating here: the goods themselves, the ocean freight, the business on the docks, truck and warehouse communities. This will be substantial and I’ve given guidance to the marketplace that for the first quarter of 2020, the Port of Los Angeles volume will be down 15%