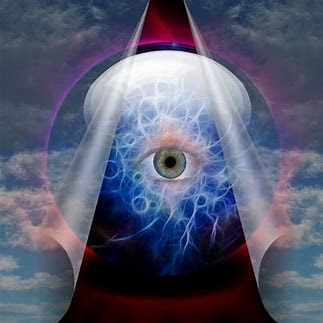 watch for hyper-links:
I first heard of the COVID-19 virus after the first confirmed case in China was reported to us in a Chinese morning news release way back on 17 November, (reconfirmed here), but, the delayed Chinese propaganda version claims Wei Guixian, a 57-year-old woman working in Wuhan, was the first person on record to be infected with COVID19, she started feeling sick on December 10. (a delay of 3 weeks from 19 November), and, by 31 December, there were 381 cases (per the Propaganda).

Thinking she might have the flu, she went to a local clinic seeking treatment. She was given some pills and then went back to work, selling live shrimp at the live wet fishmarket in Wuhan, China.
A week later and Wei was barely conscious and clinging to life in a Chinese hospital bed, and she had infected hundreds at the market after contaminating all of the open food/meat bins.
I began tracking COVID19 here in Oregon on these pages after the first case arose in Portland, on 1 March 2020 calling that "Oregon day one", in just 27 short days since, we have accrued 414 cases and 12 deaths, and been issued a Governor's state-wide decree.

Over these last 20 March postings, I have pretty well exhausted all of my small brain and laid out my COVID19 opinion stance, my forecast for the future is now all that you have yet to endure. There are the over responders, under responders, and those who don’t care.

Already, we are seeing prices increasing from pet food through groceries, using Instacart adds delivery fees and shopping on Amazon/Wal Mart/Instacart eliminates you from sales savings, so, overall our food bill has gone up 10% (just to get it delivered to the boat), and this has just begun.

The missing products and the unavailability, long delivery times and price increases bode poorly for what is to come.

So here is my prediction:

30 March; Reality sinks in over the weekend, and suddenly families now are taking this more seriously, but, another weekend of party gatherings bring yet another dictate of "stay at home" and enforcement, with even more restrictions on take-out foods and assembly.

1-3 April; the social security checks hit, and the "REAL" shopping begins... but, the results of a buying frenzy over the weekend of the 28th 29th stripped the shelves and there is little product, after the frenzied shopping, by the 7th ...tempers begin to flare. The Internet breaks down with online ordering, and other problems arise from the strain of people finally realizing the virus results.

11-12 April; The first glimmer of social unrest begins, anger, frustration arises over supplies, alcohol, marijuana, cigarette shortages, and control of movement, creating enforcement issues and a lot of unruly, angry crowds.  All while the U.S. COVID19 numbers rise alarmingly and in unison with gun and ammunition sales, the food supply starts to become spotty.

18-19 April;  The Governor issues a strict almost national Guard level control over incoming hordes trying to settle in Oregon relief from California Covid, the locals begin angry demonstrations about everything. Closed businesses go to online sales, the high shipping volumes pose a risk of COVID transportation contagion everywhere, the continued shortages start to be noticed heavily, and the "homeless" problems will be huge.  food prices soar, and the variety drops.

MAYDAY;  By 11 May, we are in freefall, the numbers are way up but will not peak and level out until early-mid month, I see things now being grim...with financial losses not seeing a let-up, and businesses forced to face closure, bankruptcy, and loss, all the finger-pointing will begin.  There becomes a glut of unneeded unwanted useless real estate, office, and restaurant equipment, and repo man lives well. the rest of the country is in worse shape, and I fully expect looting and roaming ("Escape from New York" style) chaos.  marriages and housing issues arise, it will take all of May to fester and break-out, but June will be the apex and a leveling off month.  Numbers in the east should start to dramatically drop.

JUNE;  I see this month as very scary out on the street, total lawlessness and danger, anarchy, and apocalyptic nutso'... and I really hope I am wrong !   flat high-level west coast infection rates, I think mid-May and all of June in Oregon will be months we are not proud of.

AUGUST;  Finally the infection curve drops and restraints loosen, but the damage is done, and we are changed (very substantially) as a public society.