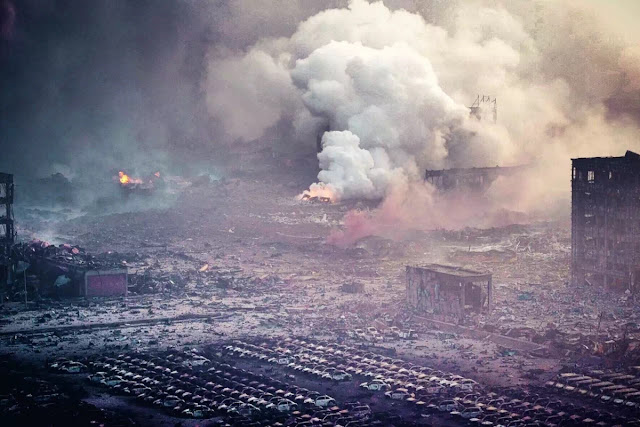 As a person of nature (who actually has “experience” in nature), I have a different
opinion on the climate change apocalypse than Greta and the doomsdayers.

Global warming and sea temperature rise have been on the radar for 50+ years,
as the world’s population spirals out of control, add in the seawater acidity from
the pollutants this insane number of humans generates, and the cause should be
apparent. PEOPLE

As we try to feed the masses, we are scouring the sea and lake beds by dragging
the bottoms with over-heavily weighted fishing gear, breaking up the sediment levels
and releasing things that have been layered under encrusted barriers…
safely isolated.

The worlds glaciers and ice caps melting at such an aggressive rate are releasing
some crazy viruses, germs, sea-life, and animal carcasses (including feces) ...
some of which have been frozen-in-time for thousands, possibly millions of years
(also safely isolated).

Normally, the natural “cleaners” of our water, air, and soil keep things in balance,
and safe… (including the population), now, technology and mankind have
chemicalized, and killed off almost all of these (again, in an effort to support the
masses). We have become a planet of “people first !” at any cost, and more
concerned with human welfare than with the planet.

The Plague of Justinian hit humanity between 541 and 542 AD. Lasting almost
200 years, It was responsible for the highest number of lives ever lost in an
epidemic, thousands of people died daily,  estimates are that 100 million people
died, which was half the world population.

Beginning in Asia, rats and mice, whose fleas were infected with the bacteria
traveled all over the world on trading ships and helped spread the infection
from China to Northern Africa and all over the Mediterranean. The Byzantine
military lost power and was no longer able to fend off intruders. Farmers became
sick, and agricultural production declined.

So, you can see that this current COVID-19 Pandemic… once again... originates
from China, the India-China origins of almost all of history’s pandemics are a
matter of note.  In our current reliance on China (and they’re being ½ of the world’s
population) for “everything” (foods, seafood, clothing, machinery, pharmaceuticals
and medicine, car parts, manufacturing of any and everything), a review of their
90%+ control over the medical supply chain should scare you as much as the
disease itself, not mentioning the financial world economy impacts.

The COVID-19 virus is rumored to be a man-made germ warfare virus, but, it could
be a long-hidden (now uncovered and disturbed) sea bed or glacial origin, carried
a life and currents, or waterborne as irrigation from a natural spring.

Once a virus enters a food chain or hydrologic avenue, the results should be
apparent to us all… man’s current technology will most assuredly stop this virus,
but, as in the past 2,000 years, the lessons will not be learned about how nature
works, or at least was ‘supposed” to work, what messages are being sent,
and why.