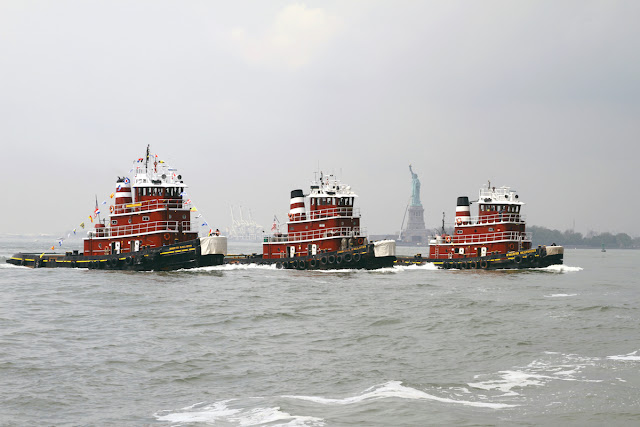 Each year, on May 22nd, the United States celebrates National Maritime Day, a holiday in observance of the contributions of the men and women of the U.S. merchant marine, as well as the U.S. maritime industry.
The day is significant because it marks the day in 1819 that the SS Savannah departed on the first successful voyage by a steam-powered ship across the Atlantic, sparking a new age of maritime travel and transport.
National Maritime Day was declared by Congress in 1933, but the holiday took on a special significance in World War II when members of United States Merchant Marine transported necessary supplies and services to troops abroad, all while suffering an extraordinarily high casualty rate.
During World War II more than 250,000 members of the American Merchant Marine served their country, with more than 6,700 giving their lives, hundreds were detained as prisoners of war and more than 800 U.S. merchant ships were sunk or damaged.”
President Donald Trump’s National Maritime Day 2019 proclamation is provided in part below:

On National Maritime Day, we honor the men and women who, throughout our history, have served with professionalism, dedication, and patriotism in the United States Merchant Marine.  We recognize these seafaring merchant mariners for helping to fuel our economy, maintain our sea power, and support our national security.
Merchant mariners extend goodwill into all parts of the world, serving as a peaceful United States presence on international waterways.  Today, American mariners facilitate the import and export of billions of dollars of goods, including fuel, agricultural products, and raw materials through the Marine Transportation System.  They are also among the first to respond to help their fellow citizens in the wake of national disasters.
During times of war, merchant mariners courageously sail into combat zones to provide sealift for the Department of Defense, carrying weapons and supplies to America’s fighting forces.  In every conflict, United States citizen mariners have answered the call to duty and risked their lives.  Some have sadly made the ultimate sacrifice for their country.
Because the United States Merchant Marine plays a central role in bringing American goods to market and in bolstering our military readiness abroad, we must encourage more people to pursue career opportunities on America’s waterways and the oceans of the world.  For this reason, I recently signed an Executive Order to help veterans of the Armed Forces transition seamlessly into civilian careers in the United States Merchant Marine by allowing them to apply relevant military training and experience toward becoming credentialed merchant mariners.  This will help support a robust, well-equipped, and safe merchant fleet crewed by well-trained mariners.
(mostly reproduced from a membership page in:)