This is a "fun" posting for me... since May 1st, we have had a small number (4 or 5)  May Flies (Canadian Soldiers) appear here on So...fea, they needed this warm 65-degree weather to hatch this early. Locals here in Oregon mistake them for mosquitos. Some call them Midges, or Shad Flies, or other, but they are most prevalent around the Great Lakes (with Lake Erie being the Canadian Soldier Capital) where the swarms are so expansive and intense that they show up on the local weather radar. 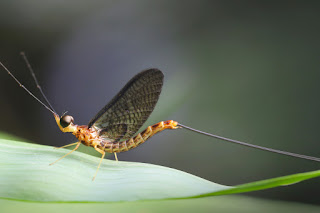 They start as an egg in fresh water, turn into larvae, then emerge from the water as fully mature adults to reproduce, by laying at least 400 eggs (for next years invasion), and they do it all in less than two days, they are the shortest life-span creature on earth. As larvae they eat algae, but, they have such a short lifespan that the adult (shown above) has no need for a mouth.

The non-biting harmless bugs come ashore on the North Coast along Lake Erie by the trillions, they cover the streets and blind traffic lights, darken the city, shut down International Airports, short circuit electrical transformers  causing brownouts", choke air conditioner and  auto/truck air filter intakes, clog storm drains and block out windows, they smell fishy when they die and can pile up two or three feet deep in your yard, crunchy underfoot, and covering "everything"!. 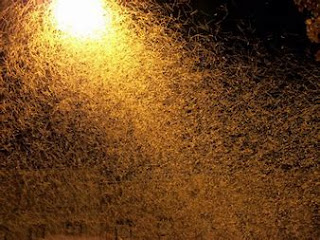 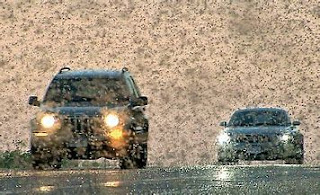 The birds and fish gorge on the one day attack, the invasions are unique to the North coast, but Mayflies are all over the Canadian Lakes East-to-West, they are much smaller in Vancouver B.C. and in the Northwest (about 1/3rd the size) than they are in Ontario Canada. Here is a Gallery of images to view. 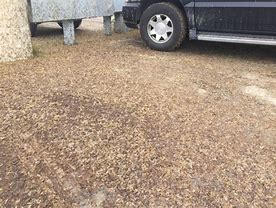 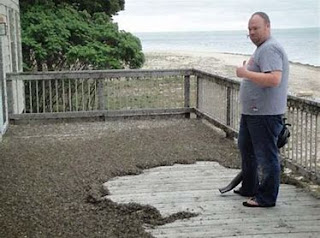 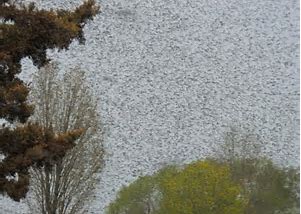 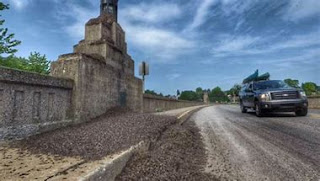 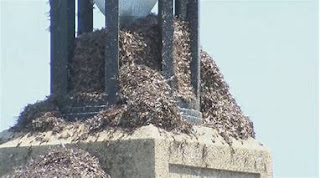 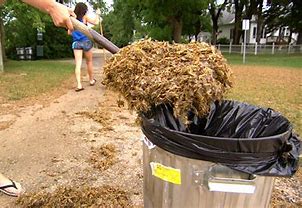 Street sweepers, leaf blowers, fire hoses, and front end loaders usually help clean up the mess. I never knew Oregon had Mayflies, but I later found this Douglas County Oregon website and learned of the many varieties Oregon actually has...
http://www.whereartmeetstheheart.com/dghmayfly.shtml