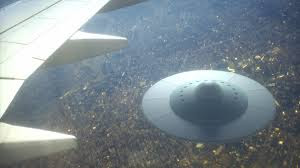 If (like us) you have been following the mainstream or maritime news, you most likely have seen all of the official US  and Australian Navy photos of UFO diving into the sea, and some appearing to be launching from underwater, well, we saw these too and had the same thoughts about alien space bases under the sea.

The term “unidentified flying objects,” or UFOs, has long been associated with the idea of alien spacecraft, now, we no longer call these UFO... On Aug. 4, 2020, Deputy Secretary of Defense David L. Norquist approved the establishment of an Unidentified Aerial Phenomena (UAP) Task Force (the UAPTF).  The Department of the Navy will lead the UAPTF under the Secretary of Defense for Intelligence and Security, to “improve its understanding of, and gain insight into, the nature and origins of UAP incursions into our American airspace.”

The Unidentified Aerial Phenomena (UAP) Task Force (TF) was created following a spate of observations by military pilots of unknown aerial objects exhibiting exotic speeds and maneuverability that seemingly defied the limits of known technology and laws of physics.

This announcement blew the lid off of the many years of UFO secrecy denial and mis-direction the Government has fomented ever since the 1947 July Roswell incident (surprise, surprise), the government was unable to definitively rule out theories that the unidentified phenomena might have been extraterrestrial in nature.

Way back in December 2017, the Pentagon first went quietly on record, in a back page New York Times article, acknowledging documented UFO encounters by its warplanes and ships, and it's efforts to now begin cataloging them, marking a turnaround from many decades of publicly treating the subject as taboo.

Responding to Reuters’ questions about the new 2020 task force, the official response was “We do not publicly discuss the details of the UAP observations, the task force or examinations,” but, such incidents are of concern because of safety and national security implications.

Public fascination with unidentified flying objects has been stoked in recent weeks by the announcement of a upcoming Congressional report, an unclassified report that is expected to be submitted to Congress by June 25 2021, which will present new  revelations about unexplained sightings many believe the government has known about but sought to discredit or cover up for decades.

Senior administration officials briefed on the report headed to Congress this month say the secret upcoming report has found the vast majority of incidents documented over the past two decades did not originate from any American military or other advanced U.S. government technology,

But, the 120-plus sightings that were reviewed in the UAPTF classified intelligence study, the Pentagon task force were all reports by U.S. Navy personnel while some involved foreign militaries, and commercial airlines pilots.

One unnamed senior U.S. official briefed on the report told the NY Times there was concern among American intelligence and military officials that China or Russia could be experimenting with hypersonic technology, meaning U.S. intelligence officials now believe experimental technology of a rival power could account for at least some of the aerial phenomena in question.

So, there you have it... sleep well tonight.

To get M/V So...fea dot com in your mail box automatically, use the "Subscribe" link at top right of the main page.