The annual 4 June 1989, anniversary vigil of Chinese troops opening fire on pro-democracy students in and around Tiananmen Square has been cancelled for the first time ever due to the coronavirus.

The Chinese National People’s Congress in Beijing is slated to introduce a new national security law that would prohibit secession, so-called foreign interference, “terrorism,” and any seditious acts (as defined by Beijing), effectively ending the one-country, two-systems arrangement that was agreed to and has governed Hong Kong since its handover from the British in 1997 that ensured that Hong Kong would remain autonomous from Beijing, except in matters such as defense.

As the former colonial ruler, London was a signatory to the Sino-British Joint Declaration in which China agreed to preserve Hong Kong’s political freedoms and way of life until 2047. 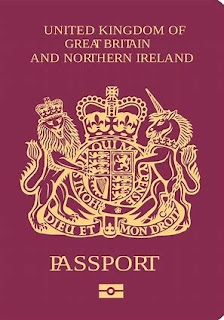 But, expect the five eyes to accept this new wave of Chinese openly, and possibly even supply the ships and planes to execute the exodus... begging the question... what will Beijing do ?
The "brain drain" resulting from a mass exodus of Hong Kong residents would devastate the Chinese economy, Beijing knows this as well as the Five eyes and Hong Kongers, the question is, "what" will Beijing do to stop the exodus ? and "how".