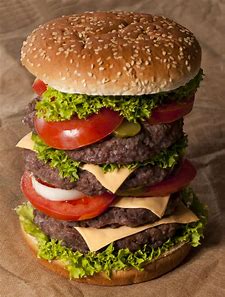 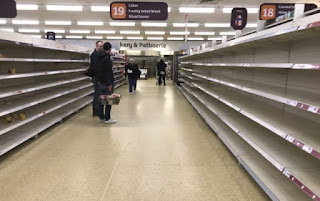 Some time ago I wrote a piece about the "Five Eyes", a choice of words assembled shortly after WW1, we hear little of the term nowadays.
In the effort of creating "globalism" the term has been dropped from our 21st Century lexicon, but, it refers to the five English speaking-thinking-aligned cultures/democracies/societies of Australia-Canada-the U.S.-New Zealand and the U.K. and used to be a heavily used reference in many parameters of our existence.
Staying on the subject, if you are like most US citizens, you only speak-read English, only "think" in what...  let us call..."American".   Our skewed outlook, thinking, and logics (as "Americans") are certainly odd.

Examining this deeper, we "think" in Miles-per-Hour, Fahrenheit,  inches-feet-yards, Ounces-Pints-Quarts- Gallons, and, there is more... but, you get where I am headed, the entire rest of the world thinks "NOT" in those terms --- but in metrics (including the other "Four Eyes").

The only other logical difference within the Five Eyes is the fact that only the U.S. has a different "Head of State", so, I must suppose that is reason for the Metric vs. American (aka Imperial) difference. (Here is a comparative chart https://northofeverywhere.files.wordpress.com/2016/01/imperial_vs_metric_1000.jpg?w=656)
We will not visit the British Whitworth-SAE-Metric thread/wrench mechanicals problems here, but, the changing of America to metric anything as been a 150 + year cat-fight of Yank resistance.

Once out of your driveway you shudder at the chill, turn on the radio and hear "hey folks... it's a chilly minus 9 degrees out there so bundle up !"    (that's 16 degrees Above zero in American-thinking Fahrenheit !) but...

That 88 speed limit sign on the Inter-State does not really mean you can drive at 88 MPH !

And that last fuel up did "NOT" charge you for 95 gallons of fuel !
You are simply/obviously living in an "American" mindset...  an obsoleted American mind-set.
In 1866, the Metric Act was passed by the US Senate. The law, which was intended "to authorize the use of the metric system of weights and measures," was signed by then-President Andrew Johnson as the American system to be used for trade.
"Hand me a 9/16ths would ya'?"

We Americans seemingly are kicking and screaming at metrics... and yet we align with our English-speaking kin almost fully in all other ways.

Meanwhile back at the "Five Eyes"... Political and Economically dominant Societies run the show, English, Mandarin Chinese, and Hindi are the three major languages spoken globally, English is fluently spoken in over 100 countries, while Mandarin and Hindi are only spoken in 15 or so.

English is now the mandated International language of both,  world Aviation and Maritime transportation, the U.S. dollar is the Global (or World) Currency, the Yen and Euro are #2, the Five Eyes influence world music, cinema, and art in highly disproportionate excess, as well as in higher Education.

The roles played by the Five Eyes during the 20th and (so far) 21st Century are enviable, and successful, but also copyable.

As China tries to replace the U.S. they must affront the Five Eyes group, and eliminate them (militarily or economically-or both), look for the next few years as being challenging.

The COVID19  "welcome to 2020" present from China, is most likely just a beginning, but it has refreshed the "Five Eyes" secret handshake... and placed the Chinese  manufacturing/production prowess onto full display... sending us all warnings about their medical, pharmaceutical, natural resources, and raw goods dominance that should be addressed by the "Five Eyes" team.

Did I mention the South China Sea take-over by China and the threats to Taiwan recently ?

As we look around us during this COVID19 dilemma, things should speak to us as signs... from Toilet paper through meat, yeast, flour, masks, sanitizer, wipes, pharmaceuticals and medical support devices alone... the threat to our supply lines should scare the hell out of us.

It is self speaking, watch for this BREXIT impact, the next US election, the USMCA trade results, and our "down under" kids Asia-Pacific first-hand influence to reignite the "Five Eyes" group re-looking at China for the next few years.
. 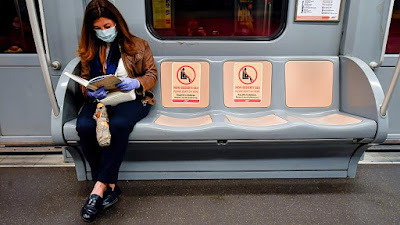 Oregon Day 71 of COVID19, sadly, the influx of foreigners has begun, no one is waiting for the 15th... Mother's Day will do nicely to reopen, the tourists are flocking in (bringing some real surprises for our graph makers)... a week or so after Memorial Day week-end this ought to be ugly.