0700 Coming upriver against the tidal flow 20 foot off So...fea's beam, the Canadian goose family (two ganders and two Mom's) brought their 7 tiny goslings in a train ... headed for ? 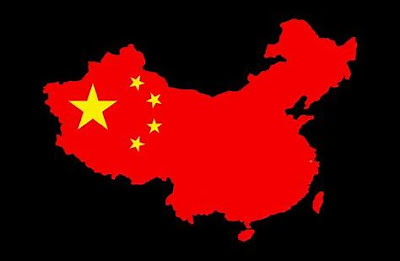 Although many may not even be aware of China before this COVID19 thing, I... of course have a story.

During and after, WW2 China was in wreckage after Japan burned and raped it to the ground, much of the Chinese wealthy class escaped (money and all) to America, in Cleveland we had numerous Bourgeoisie Chinese establish businesses, I went to school with a Night Club Supper Club family from Hong Kong, my parents and entire family befriended and frequented their club all during and after the war.

Mrs. Chin made many long term trips back to Hong Kong after 1949 even with Communism, but Hong Kong was British then, when I went into the Navy and was about to see Hong Kong on liberty, I was given an address to visit... I had unfair advantage over my shipmates, and got to experience China as few ever did or will again in five separate visits.  I was involved in the Quemoy-Matsu conflict (and received a battle ribbon), Far too many tales to respin here.

With my heavy British involvement, (aboard the HMS Victorious Aircraft Carrier), Blue Island and the many expansive Hong Kong Royal Navy base facilities all during the Viet Nam era I was always somehow aware of the Hong Kong, Taiwan (and Mainland China) situation pretty much right up to the British turn-over in 1997.

My working years in High-Tech and Marine industries kept me fully tuned into Chinese manufacturing, industrial/military espionage and patent theft, by Y2K America had relinquished so vast a storehouse of knowledge to the Chinese I was glad to retire.

Since then, their intent to take over the world currency base, the world's "policeman" role of the US, and their foreign (silk road) intervention and exploits for minerals and materials (in exchange for infrastructure-dams-bridges-highways-hospitals-electricity-etc.) has been almost equal to their buildup of maritime shipping and Naval prowess that should be noted alongside their Military and Space accomplishments.

Their buying up of scrapped Aircraft carriers to dissect and study during the late 1980's ended with the Carrier Liaoning being launched in 2017, followed buy their first keel up in-house designed  (type 075) carrier going to sea as # 2 in 2018.

The take-over claiming of the entire South China Sea (SCS), and expansion to claiming the Spratley Islands in 1993 reawakened my interest in China again, the 2015 construction of an airfield at Fiery Cross Reef had me now "following China", and their 2019 moon mission that filmed the backside for colonization is alarming.

Enter the Wuhan Virus in late 2020, and the amassing of 100,000 troops alongside the Indian border (to settle the 1960's argument once and for all) brings us to today (not forgetting the trade-war.)

China now has a larger maritime fleet of 8,000 container/tanker/cargo ships than anyone, over 1/3  of the world's population is Chinese, their 650 ship Navy rivals our 285 and is many years newer and nuclear, their space and missle technology matches their aircraft, stealth and satellite accomplishments (all mostly stolen from us by spying), their 1.75+ million ground forces outnumber our 1/2 million 4 to 1.

On 1 February 2020, China announced the planned invasion of Taiwan, putting an end to the India Border issue, and the complete closure of the South China Sea (SCS) during 2020, now the COVID 19 and Trade war.... so pay attention, this will become interesting, DANGEROUS, and hidden away by the COVID and Election year news.

On May 14th, the JAMA Internal Medicine reported that during early May, in 6 months there were about 65,000 Coronavirus-related deaths in the U.S., a figure that “appears to be similar” to the Centers for Disease Control (CDC)  annual figure for influenza deaths.