People are still asking about the (click to open) note at the top...  as I mentioned earlier, I became aware of many (MANY) visitors to our site who over the years have left... not thinking there was anything here but a picture and comment... (there still are many many who miss the hyper-links as well).

Up on the boardwalk above so...fea the natives are getting restless reading about the opposition "stay-at-home" around America... and more and more are out.  There are 35 restaurants in this tiny town trying to do "Take Out", and, a general disregard for not assembling.

A subject in the news a lot is about many twisty-turny ideas and rationales on "GLOBALISM OR NATIONALISM' and COVID19, so, what's it all about ?  really about ?
We can start this G vs. N arbitration back some 3-4,000 years ago, it has been around that long ! 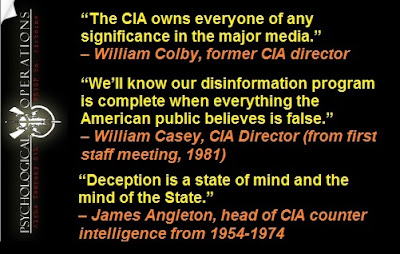 The most recent world example was the ending of Sakoku in Japan during 1853... but, it goes on in families all around your block... still today.   I learned of its existence as a kid, from church-controlled parishes all around Cleveland, and the families within ... the church school vs. the public school, the concept was pervasive even with cities and regions of the U.S. (until around 1960 when Interstate/Turnpike highways, and TV, and Jet air travel let it begin to loosen control), and no one could screen-out the surrounding world..

As a parent, you "limit"-"control" what your children are exposed to, (supposedly "protect them"), for centuries churches did this job too, they controlled their parishioners knowledge and interpretations of the events from the outside world that leaked into the community, in 2020 that is now almost impossible.

Just like we have "child controls" for our TV-cell phones-and magazine stands, and just like Japan did for hundreds of years to their entire country, which is only the most well known of that type of control... it actually happened (and is still happening) in a vast number of countries over the Centuries, in order to control the population's knowledge.

The Nationalism side of this quotient is to breed unity, and purpose for the sole benefit of all in your family, parish, state, and country, it preaches sameness, brotherhood, pride, and enthusiasm for being of one identity.   it is a form of mass Ghettoization, like ethnic neighborhoods, religious parishes, it applauds competition as a inventor of variables, thrive on regional NFL or State University Football support.  It protects intellectual property, technology, money, customs, politics, and morality from ever being shared with the outside... making "security and secrecy" paramount to the nation's existence.

The Globalization side of the quotient rejects all of the above as wrong and offensive and sees a benefit in all being one, with no restrictions, borders, or unshared anything, a purely "open" society where any claim to the territory, thought, privilege, or physical property is voided... all is shared.
There is no "regional" or "ethnic" or "religious" ...  no language, paper money, or political head of state that is unique, only one-for-all, in the pure model, it goes so far as to remove brands... no Heinz Ketchup, Signature Ketchup or Hunt's Ketchup, only "Global" brand ketchup made to a global specification.  No Bolivia or Peru, just "global", you play sports not to win but to experience the thrill of the "game", there is no financial, competitive, moral, intellectual or physical pecking order.

On the one side you have extreme Sakoku, on the other extreme Socialist type practicing eugenics and a world of "one, or singularity" and shared everything.  So much for individualism.

When something like COVID19 or a World War enters, there becomes a "Global" side to a shared enemy or problem, and a shared need for solution, ideas, and help.  When the attack is over, there usually is a return to "where you were" ... with our information highway now being as advanced as it is, it is no longer possible for a society to keep secrets, or hide things (be it good or evil), governments no longer have a cap on intelligence about a particular subject (like in just a few years ago with muffling Viet Nam, and Middle east situations), the aftermath of COVID 19, and the Election era of August through November here in America will be a true "Trial".

One personal observation...in 2020 Covid19 media coverage, notice that the spoken language of the entire world is now English, it used to be a random occurrence... now it is universal..and that since paper money is infested with virus, we need to go fully digital and use "one" currency via "one" bank not "national banks" but a "global bank".  didja' hear the one about the Roman Catholic Church and Islam merging ?

This G vs. N mental game is all-around us here in the harbor and gets distorted into something similar to putting your child on restriction for two weeks, plus, no cellphone, and no computer... TWO WEEKS !

Then after two days feeling sorry, and releasing the edict...  after this happens over and over there is no longer a threat of discipline meaning anything, or being serious, so why follow the rules (nothing will happen if I don't).

The Nationalist comes from the dictate-side of controlling your house and enforcing the events inside... the Globalist side comes from the "no discipline really needed"... it creates and allows self-discipline.

Don't fence me in, no boundaries, no stay-at-home, no safe-separation, no closed restaurants, no beach closures, I want a no control atmosphere to live in.  Versus   We need to seal off areas where people amass, announce a stay-at-home law, close public places, and enforce the rules for the safety of our inhabitants, "lock it down !".