RAIN-RAIN-RAIN 40's, overcast third day now,
Wisdom, a female Gooney Bird (Albatross) is the world’s oldest known banded bird in the wild . . .  at 68 years of age, and she just hatched another chick.
This winter, she again returned to her home at the Midway Atoll National Wildlife Refuge and Battle of Midway National Memorial in the Papahānaumokuākea Marine National Monument, along with her mate, Akeakamai. 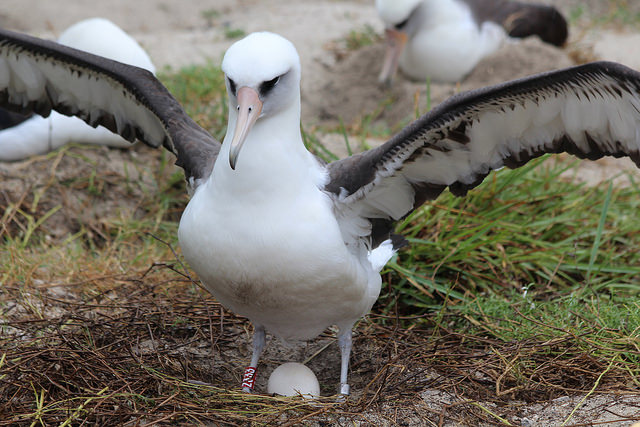 Wisdom incubating her egg. Credit: Madalyn Riley/USFWS
She’s now believed to be at least 68-years-old, and has far surpassed the average lifespan of Laysan albatross, which is estimated to be between 12 and 40 years old. Not only that, but she’s believed to have successfully raised between 31 and 36 chicks in her lifetime, and she’s still going strong. 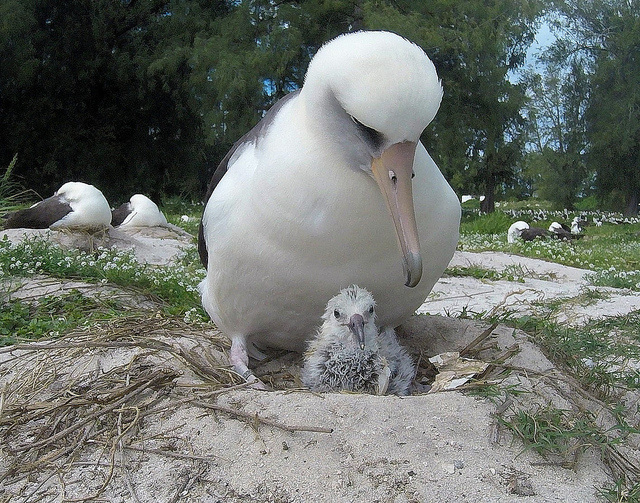 Akeakamai watching their newest chick. Credit: Bob Peyton/USFW
It is unusual for albatross to return home and lay and hatch an egg every year, but Wisdom and her mate have been reappearing annually without fail since 2006.
“Wisdom is rewriting our understanding of survivorship, how long birds live, and how often they breed.”
The Laysan albatross spend 90 percent of their lives at sea, they return every year to the place they were born, making Midway Atoll hugely important habitat for them.
Midway is now home to almost 70 percent of the world’s Laysan albatross and 40 percent of the Black-footed albatross, and 20 other different bird species, because Laysan albatross don’t lay eggs every year and when they do, they raise only one chick at a time, the contribution of even one bird to the population makes a difference,” said Bob Peyton, FWS Project Leader for Midway Atoll Refuge and Memorial.
Unfortunately, these seabirds continue to face a major threat from being caught in fishing gear and drowning, which is killing an estimated 100,000 albatross every year, along with the growing problem of plastic in our oceans, while the atoll itself is threatened by rising sea levels.
This article was re-written in part from an article By Alicia Graef  at Care2  click here to see this and other articles by Alicia.