Dangerous, costly, and life-threatening.
I could spend an hour adding more adjectives, but they simply are not worth it. 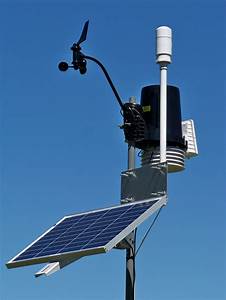 Around noon-time and again at 1400, NOAA National Weather Service sent out a  cell phone and Internet "WEATHER EMERGENCY ALERT" twice, the three online weather URL's I look at and compare, and the NOAA Marine weather all agree... Florence, Oregon will see a 22 degree overnight temperature with a 1600 snow accumulation of 1", followed by thunderstorms, heavy rain, and plummeting temperatures, midnight will embrace 4 inches of snow before 0700 (added to the 1" already on the ground).

RESULT: a 32 degree low, NO snow, a few brief sleet/hail episodes, and a couple of well spaced short/light showers, a gorgeous sunrise on blue warm skies..

Which take me back to sleeping bag nights  on concrete floors in restrooms and basements awaiting the "Tornado", the frantic panicked "can we outrun it" return to port, the nail plywood over the windows and doors, travel inland, leave your home to vandalism and looters,  Hurricane warnings, life-long canceled picnics and outings trusting the weather report, the nigh-time rooftop hours shoveling off the existing snow to prep for the 2 to 4" coming by morning, the frantic late-night  antifreeze checks and addition after the 2300 weatherman says 20  below tonight, the ski trip into a rainy week-end rather than the 20 inches of fresh powder, the gazillion times in life that the absolute opposite from predictions occurred, the seed plantings washed away, the motorhome stuck axle deep in mud, the painting (planned or canceled) , the day at the beach, it just goes on and on ad nauseum.

Never talked about, and always quashed, are the impacts of incomptent weather prediction on military tactics, operations and the loss of life. Needed cloud cover, or the absence of it, wind dynamics, snow-rain storm arrival and ending times, whether it is NavalAir or ground, many lives can be lost, and entire operations failed with poor weather information.

Those who are at sea, or tied/anchored in Port have financial and life issues that rely on early warning, when major action is taken-but unneeded, or when no action is taken -but should have been, is both, dangerous and costly.

So...fea disconnected and drained dock water connections, covered all exposed connections (on-boat and dock), and added in additional heat to the engine room and compartments in preparation for snow and 22 degrees.

We awakened to no snow, rain and a clear sky with full sunrise, blue skies, and 34 degrees at 0630, after undoing all the preparations by 0900 we have blindingly sun heated the entire boat, closed blinds and opened hatches.  Had we been 150 miles out at noon yesterday, received the warning-left station and ran back to home . . .  these are court-martial level offenses.

No wonder so many do not leave hearing warnings about arriving hurricanes or supposed Polar Vortex, and killer snow arrivals. Calling out road crews on overtime, power company stand by call-outs, extra police, and ambulance, all sitting for a storm that will never arrive should be back-billed to NOAA. All the greenhouse and fish hatchery panic modes, crop coverings and smudge pots, early fruit harvests, are labor- monies- and emotions- spent for no reason.

Time after time, after time, so, which is better? running for your life or living in fear?  How about having your "own" weather tation aboard, and doing a better job yourself than the "experts".
Check these out: