Now in the second day of a 7 day weather pattern of zero chance of rain.... no clouds.... starry nights and blue sky days at 60 degrees !!!! 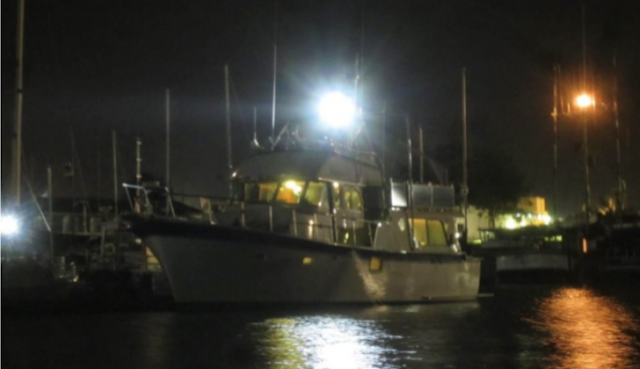 One of the very first things to happen was to make all of our lighting LED, and go with pure white 7,000K lighting, engine room to flying bridge, V-berth aft to office, and for the deck lights, running lights and fishing floods as well, we changed out complete fixtures and can now blind ourselves.

But those lights can adversely affect VHF frequencies as well as VHF, GPS, SSB, AIS and DSC signals, according to the U.S. Coast Guard, who just issued a warning: “Radio frequency interference caused by these LED lamps was found to create potential safety hazards,” said a Coast Guard Marine Safety Alert released in August 2018, the November/December issue said the Global Maritime Distress and Safety System task force recently began investigating the LED issue “but so far has identified no solutions.”
Brian Rodgers, president of Shadow-Caster, a manufacturer of LED lighting in Dunedin, Fla.,  said the problem is “some of the ‘inexpensive’ power supplies t used cause electromagnetic interference in the AM and VHF ranges.
When fixtures use linear and passive-type power supplies they do not create any more "noise" than a traditional incandescent bulb.
Rodgers adds there are standards for measuring and controlling EMI and knowing about your fixtures and LED quality. the Coast Guard’s Marine Safety Alert has a short section describing how to test for LED interference.

When I relighted So...fea to all LED, I took no before and after readings (as most of the original system was toast), but I later learned about LED's doing the Christmas light shows in 2017 and 2018: 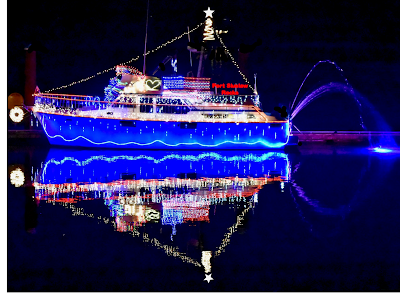 
You might be old enough to remember how much generator power we used to need for radar, radios, and Navigation needs,  between computerization, and miniturization of the today world (and LEDs), we need 75 % less !!

The advantages of long life, shock and vibration proof, low voltage and ultra high power are simply too great to make anyone discount LED, Microwave, or computer useage . . . learn about low cost system protection by EMF/RFI filters, test your system, and buy quality fixtures to begin with.
It goes without saying, DO RADIO CHECKS !