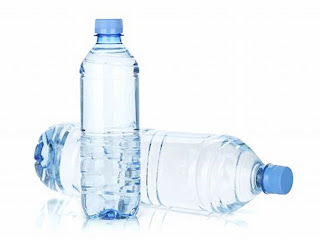 After testing more than 250 bottles from 11 brands of water, Orb Media found that one single bottle can hold thousands of microscopic plastic particles. Essentially, the study showed that 93 percent of the water bottle samples contained microplastics.

Orb Media found the highest level of microplastics in a Nestle Pure Life sample, which had 10,390 particles per liter. The highest number of particles found in Dasani and Aquafina samples was 335 ppl and 4,713 ppl, respectively.

"You're getting microparticles now. What else are you getting that aren't particles that you can't see with the fluorescing?" Vaughn wondered aloud.
According to the study, the U.S. does not have specific rules for microplastics in food and beverages. While there's no evidence that consuming microplastics has an adverse effect on human health, it's a growing area of concern and known environmental pollutant
https://orbmedia.org/stories/plus-plastic