WHEW, There are many many things in life that reveal us, most of the time we "choose" to reveal information about ourselves (creating a blog, a website, going on Facebook, Twitter, telling people about ourselves in person), this especially is a plan of action when we feel we are not being "recognized", and our ego suffers from the slight. 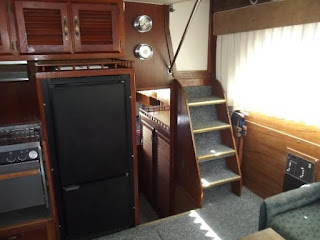 Personally, I have always tried to be judged/viewed/compared by my actions, character, and skills or abilities . . . but that only works "nowadays" when the atmosphere is open to actually "seeing" you, and certainly not in the overbearing company of the precocious,  small minded, or class-conscience.

I grew up in a "see me" "I am better than you" "here is how you are "supposed to" live-think-act" family , so, I can easily identify the traits when seen in others (especially when they try to enforce their beliefs and lifestyles on me).

Small mindedness, a lack of worldly exposure, an over bloated self-esteem, not being well travelled, and prejudice create this ignorance, and it is  identified world-wide as the "Ugly American" tourist, businessman, politician, or citizen. Differences in ethnicity, religion, culture, society, wealth, education and intent are ALWAYS overlooked, and ignored by this type, because "you are supposed to do it this way" !

When talking about moving aboard a boat full-time, the criricism begins, after all . . . you are "supposed to" live in a house !  more later after the house sells